Free US Shipping on orders over $75

I did something that I have never done before. I drank celery juice for seven days straight and I have to share my experience with you!

There was that whole celery juice craze where everyone was talking about the benefits of drinking celery juice and the transformative experiences that they had, so my curiosity got the best of me and I decided I had to try it, too.

I used a juicer, but you do not need one in order to make celery juice. You can do it with a blender and it is super easy and super simple.

HERE IS WHAT YOU NEED TO KNOW

I followed the method recommended by Anthony William, who is also known as the Medical Medium and is the author of Celery Juice: The Most Powerful Medicine of Our Time Healing Millions Worldwide. He’s been advocating for celery juice and its health benefits for over 20 years. 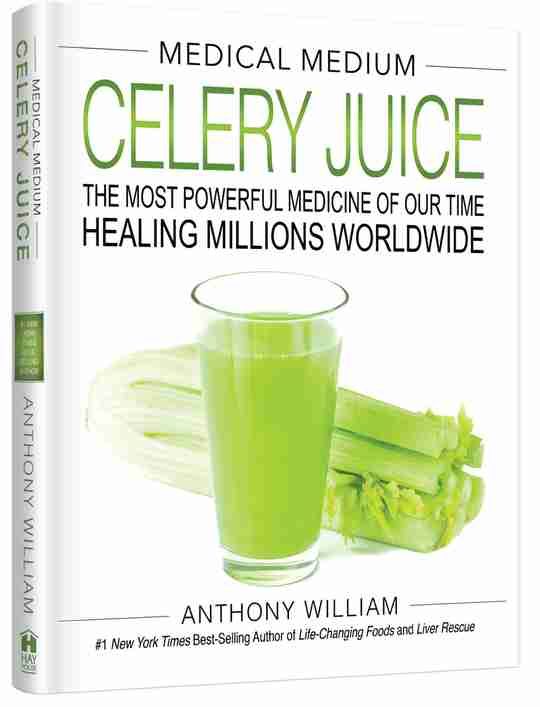 Note: This is not a meal replacement. It’s meant as a morning boost, so be sure to eat your breakfast!

You can prep your celery the evening before so that the process of making celery juice is quick and easy in the morning.

If using a juicer:

And it’s ready to go!

The juicer I used is the Oster Extractor. I chose this one because it’s easy to clean. Many juicers aren’t, but this one is.

If using a blender,

I made celery juice with a blender first to show you the process. It’s rather straightforward.

So, how much celery should you use?

I blended four stalks, or two bags, of celery.

Add more water if the celery is not blending properly.

Then, pour the mixture into your nut bag.

Squeeze the nut bag to release only the celery juice into a cup or bowl.

Note: One celery stalk gives you about 8 ounces, so two stalks will give you the whole 16 ounces of celery juice.

When using a juicer:

With the juicer, simply prepare the celery and rinse it, then feed the celery into the juicer and your celery juice will be ready to drink! (I like the juicer much better!)

My moment of truth:

The celery juice is a little salty, has a kick, and it’s definitely an acquired taste! After the initial shock to your system of the celery juice taste, it doesn’t get better, but it is tolerable.

It still tasted the same, not so good! That’s the only issue I had.

Truthfully, I only started noticing a change today, on Day 3. I will say on Day 1, a few minutes after having the celery juice, my stomach was bubbling and I was gassy throughout the day. According to Anthony William, this is a sign that the celery juice is doing its work in your system.

I HAD LESS CRAVINGS

On Day 3, my appetite was definitely better. I wasn’t craving my usual afternoon snacks, especially those delicious, crunchy, salty Kettle One potato chips that I love!

Also, I wasn’t overeating, so I was super thrilled about that.

The celery juice is still salty but I’m getting a little used to the taste.

Day 4 is similar to Day 3, I noticed I had a lot more energy in the morning. I had also by Day 4 increased my intake from 16 ounces to 32 ounces, so I doubled the amount I was drinking.

OTHER SYMPTOMS I NOTICED:

I was not as gassy and I was not bloated.

I also broke out on my face and my nose, which is normal because your body is trying to detox and is finding ways to let out the toxins. This should last a short time. If it lasts for several weeks, I suggest you look into it further as that should not happen.

I was on top of the world. I was excited that the challenge was coming to an end but most importantly, I felt really great.

The breakouts were going away

I had more energy even though I was eating less

I was less restless at night and woke up feeling refreshed.

I’ve now gotten used to the taste and don’t mind it at all. And I’m considering doing this well past the seven days because I think there’s something to it.